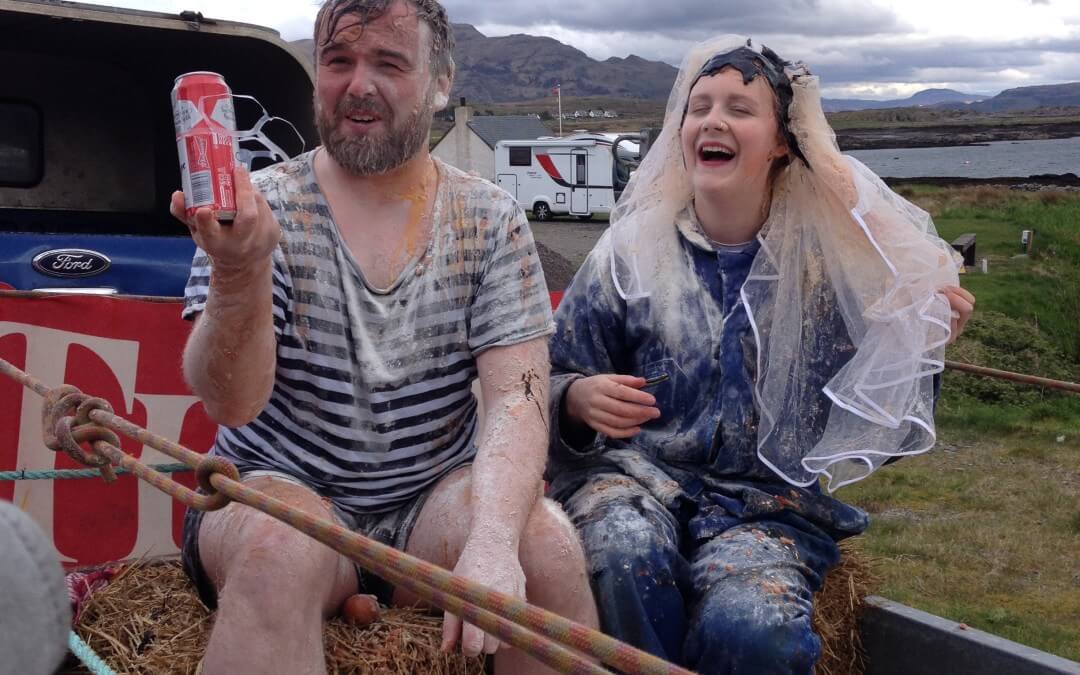 This unfortunate couple are enduring a ‘Blackening’. An old tradition, which involves capturing the bride and groom before their wedding day, putting them in the back of a pick-up, then parading them in a noisy and merry procession around the village while the locals coat them in flour, treacle, eggs and generally as much unpleasant slop as they can forage from their kitchen.
The Blackening is an old tradition found only in some parts of Scotland including the Western Isles, the west coast, and Aberdeenshire. A similar practice is also found in Northern Ireland where it’s called ‘a doing’. Nobody’s quite certain of its origins but it’s thought to perhaps have evolved from an earlier, pre-marital, feet-washing tradition, in which the groom had his feet washed. This evolved into having his feet firstly blackened with soot before being cleaned again. Eventually the blackening part, which let’s be honest is a lot more fun, took over entirely. The washing part has lost its importance somewhat and is now usually an unceremonious hose down at the end. It is also thought that the general clatter and mess is to scare the evil spirits and fairy folk away, preventing them from causing mischief on the wedding day. Many thanks to my lovely sister for the photo and for enduring this weird and wonderful tradition.