This is the biggest house in an abandoned village Glendrian, where one of my neighbours, the late Angus Henderson was the last one to be born. 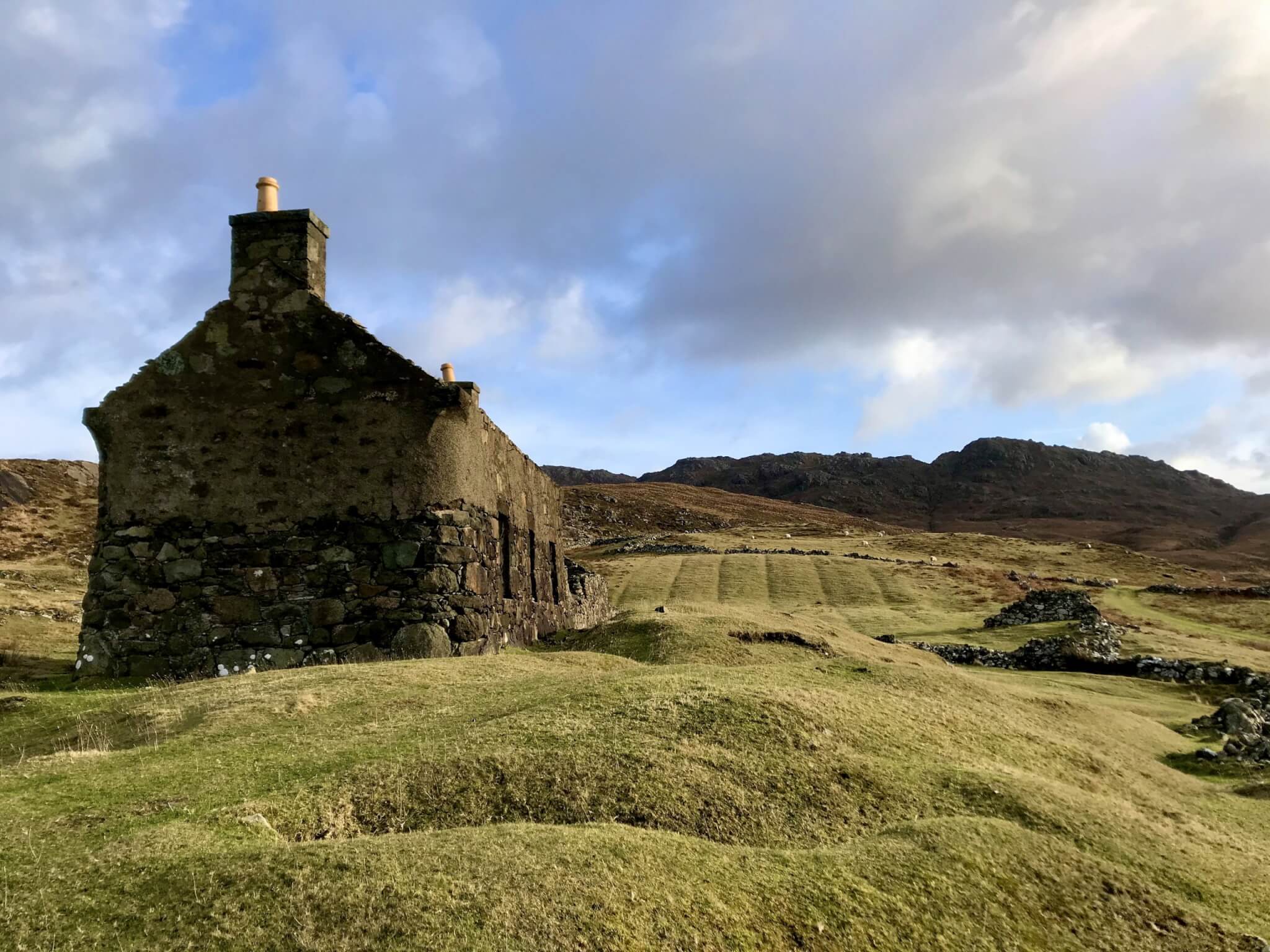 Angus was a seaman, and while not sailing he used to live in Kilchoan in a cottage called Castle View. Why? because it had a view of Mingary Castle. In Kilchoan the land is not as fertile, as we would like, but nevertheless, Angus had the best potatoes in the area. That’s not because of some magic around Castle View, but because of Napoleon.

Before 1815 Ardnamurchan and the Isle of Mull were involved in the production of potash for the famous English bone china. On Mull back then lived not 3,000 people like now, but about 10,000, and half of them were collecting and burning seaweed for potash. When ships were coming from Ireland, full of cow bone, and ballast soil, they were exchanging the ballast for the potash. Afterwards they were heading to the Potteries in middle England, and there bone mixed with ash and clay was being used for bone china production.

After we beat Napoleon at the Battle of Waterloo, England started importing potash from France, because it was closer and cheaper. A big amount of soil left by Irish salesmen at Kilchoan’ shore ended up on Angus’ plot. That’s why, thanks to Napoleon, he was growing the best potatoes in Kilchoan!

I’ve heard this story from my husband John. Sometimes I think that he knows everything!